Hereford and Worcester (H&W) Group was formed in the mid-nineties by a small group of women after seeing a 1996 BBC documentary on Growing Old Disgracefully.  Our current longest-serving member, Eileen Kilminster, remembers Dorothy Hall, H&W’s original co-ordinator who organised most of the group’s activities which included visits to Westonbirt Arboretum, the Acton Scott Museum and the Violet Szabo museum at Wormelow, pottery painting in Ledbury and reiki and massage healing sessions in members’ homes.  They also hired a canal boat at Ladywood near Fernhill Heath which was successfully steered into the Droitwich canal basin by Molly Lawrence!    Many of us recall Molly with a special fondness as she always thoughtfully sent a thank-you card to the member who had arranged an activity.  Several years ago two apple trees were planted in memory of Molly and Nan Payne, another original H&W member, at Dragon Orchard in Herefordshire under their Sponsor a Tree scheme.

Over the years, H&W membership has steadily grown to almost forty members who come from a wide area including Worcester, Malvern, Droitwich, Kidderminster, Monmouth, Hereford, Stourport, Evesham, Ledbury and Ludlow.

The calendar of events is planned every six months.  Historically, a regular planning meeting was held but recently two of our new members offered to take email suggestions and put together a calendar for general approval.  This has worked well.  Visits to places of local interest are still popular and a well-known local hostelry allows us to use one of their meeting rooms for our more cerebral pastimes in return for us enjoying their lunch menu.  Our current programme includes a tour of Churchfields, a farm where they produce the eponymous delicious ice cream as well as Droitwich salt, as used in high-class restaurants, a discussion on the theme of “ Living Well” and a visit to Slimbridge.

H&W has taken its turn at producing the Network News newsletter and has organised two Annual Gatherings.  The most recent in 2018 held at the Bank House Hotel in Bransford a few miles from Malvern coincided with the 25th anniversary of the network and provided H&W with the unique opportunity to choose the theme of ‘Empowerment’ to celebrate this landmark in g.o.d’s history.  One of g.o.d’s founder members, Mary Cooper, worked as a land girl in the village of Colwall nestling in the lee of the Malvern Hills and, for the first time since 1945, she was able to visit the farmhouse where she had resided during the war and remember the soldiers she met when attending dances in the village hall.

H&W has evolved with an ethos of mutual support and strong bonds of friendship, partly as an outcome of members sometimes hosting events in their own homes.  This was further enhanced during the 18 month planning phase for last year’s AG. New members can be assured of a warm welcome and are invited to attend three meetings to get to know us before making the decision to join the network.

Want to know more?   Please get in touch with our Group Contact: 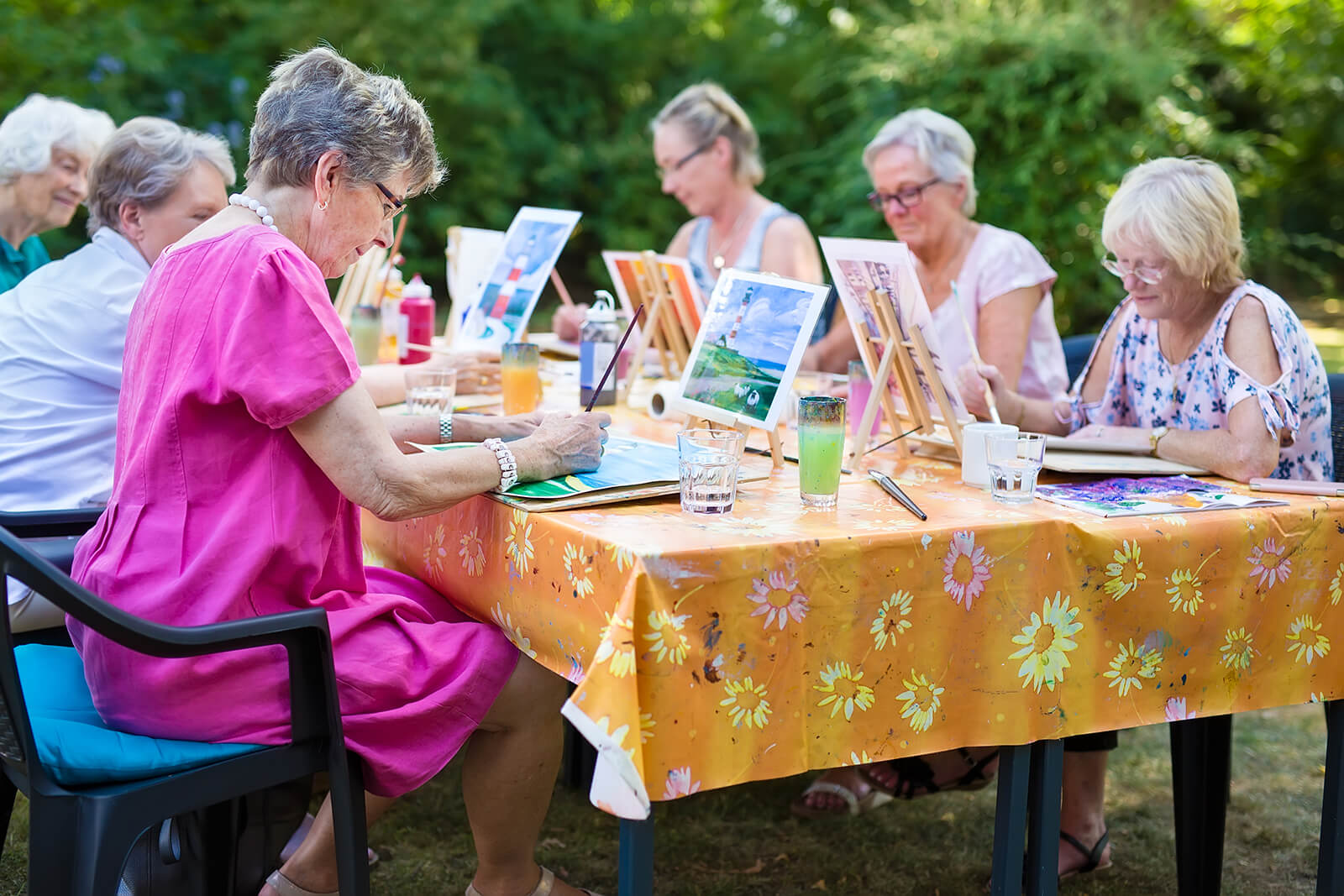 To find out more about the Hereford & Worcester Group or to join us please use the form below.